Resolution of a failed Tower Procurement?

In the last Blog we discussed the creation of a plan to resolve the problems of a failed tower procurement. Now is the time to negotiate the resolution of the problems. The negotiators should be the team that created the Plan.

The negotiators should be allowed to terminate an agreement if necessary and replace with either another procurement or provide the service in-house, if appropriate. With such a big card in their pocket industry is likely to be more amenable. Therefore, it is unlikely that such a card will need be played.

Ministers/Directors should not be afraid to say that the procurement was not working for the Public. Instead of suffering and wasting money public money they should have the courage, to be honest, admit the problem and then go on to fix it. This will only happen if the likes of the Public Accounts Committee praise Ministers for having the courage to admit problems and criticise those who press on regardless.

What is essential is that everyone knows that this small highly skilled team have the authority to bring about the necessary changes, and no one gets in their way. The industry would seek to bring pressure to such a team by creating fear and worry in some other stakeholders.

When the Army managed the foot and mouth, outbreak the matter was resolved quickly because the Officer Commanding did not allow anyone to interfere with the objective he had of removing every affected animal within hours. That is the approach I would advise for resolving a failed Tower Procurement. It needs to be planned and then executed with efficiency and speed. Please contact Wrekin for any assistance. 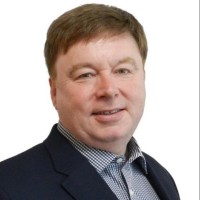